The Armor Protective Packaging® YouTube series “Arrusted Development:  2 Guys, 2 Minutes, Talk Rust” is a testament to the philosophy that learning can be fun.  Admittedly, the team at ARMOR is rust-obsessed — we have to be, rust is our bread-and-butter!  But, we realize that most folks find topics like rust formation, rust prevention and rust removal to be as dry as toast.

In response, we created “Arrusted Development:  2 Guys, 2 Minutes, Talk Rust,” a weekly YouTube series that is fast-based, fact-based and focused on rust, corrosion and all things related to it.

While the series made its debut just 4 short months ago, we have a library of more than a dozen episodes that are ready for viewing on topics such as “How to Prevent Rust During Supply Chain Shortages,”  “How to Remove Rust From a Large Metal Part” or one of the most recent episodes “What is The BEST Way to Prevent Rust Indoors.” 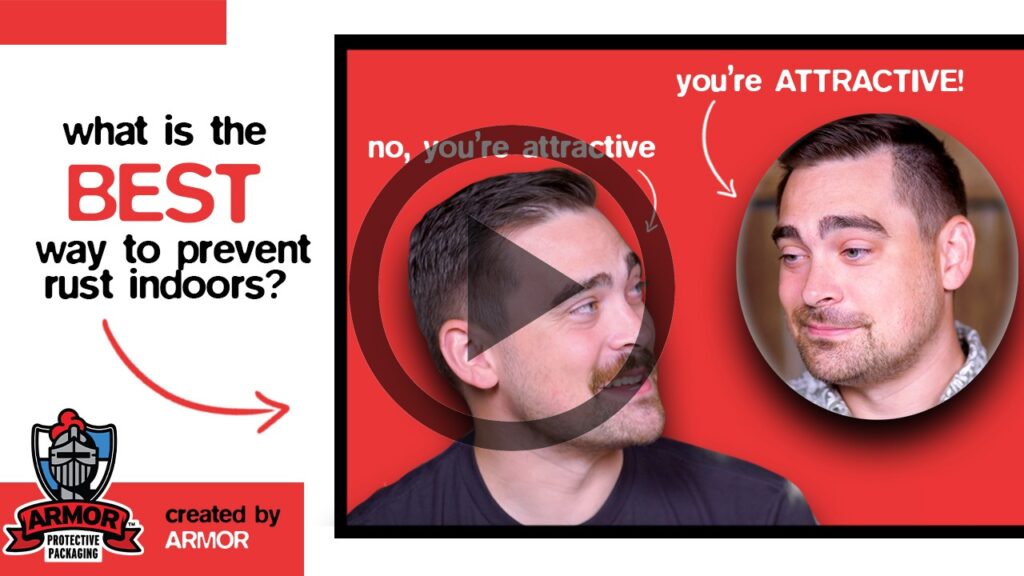 You won’t believe how much information ARMOR’s “2 guys” (aka, the show’s hosts) can cover in just 2 minutes — see for yourself and be sure to subscribe to the Armor Protective Packaging® YouTube Channel.