With production stopped in many plants across the nation and around the world, it’s crucial to plan accordingly to protect your metal parts from rust. Preventing rust during work stoppage will make it easier to return to work and continue operations when possible. There are several ways to prevent rust during work stoppage, and exercising this preventative maintenance step will protect your parts in the future.

How to Prevent Rust During Work Stoppage

ARMOR VCI products provide a shield against rust by preventing air and moisture from contacting the metal surface. There are several types of ARMOR VCI, so you can easily protect products of all types. ARMOR VCI is mess-free, oil free, safe, environmentally-friendly and easy to use for all types of metal components. There’s no need for messy grease or oil, or hazardous rust-removal products. With a single sheet of paper or film, you can effortlessly prevent rust during work stoppage at your manufacturing plant, warehouse, or other facility. 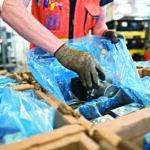 VCI film creates a protective shield around metal by combining low-density polyethylene film with vapor corrosion inhibitor technology. Available in rolls, sheets, bags or tubing, VCI film is highly versatile and easy to use for small and large components. With six different types, including VCI film for outdoor use, use in harsh indoor environments, and VCI film that stretches, you can easily protect all types of metal components from rust. 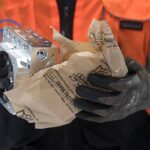 VCI paper combines Kraft paper with VCI technology to make a lightweight, rust-preventative paper. Simply wrap metal parts in VCI paper and the VCI ions will fill the space, creating a protective shield around the part. These ions repel moisture and prevent rust from forming, without creating any grease or residue on the part itself. 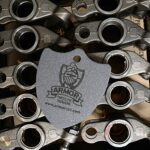 VCI emitters work similarly to VCI paper by producing VCI ions that displace and repel moisture. VCI emitters give off rust-preventing ions from polyether foam or chipboard hosting the VCI protective technology. By simply placing the VCI emitter into an enclosed space, such as a sealed box, crate, or bag, the VCI ions will displace moisture and prevent rust from forming on any metal parts in the enclosed space. 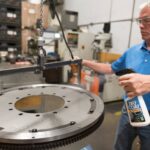 In most cases, ARMOR VCI rust prevention solutions will effectively stop rust on your parts or equipment. However, VCI film, paper, or emitters won’t work suit your needs, we also provide a rust prevention liquid: Dry Coat. This is not like using oil or grease. Dry Coat is sprayable, easy to apply, and dries fast, within 30 minutes, leaving no mess behind. Our water-based solution is also safe and environmentally friendly, so there are no risks to your facility or workers.

With over 140 rust prevention and rust removal products that are a part of our Stock & Ready program in which our products are in-stock and ready-to-ship, we make it easy to prevent rust during work stoppage, or get back going again if rust hits. Use these rust-preventing products to keep your parts and components safe and secure during shut-down, so you can get started again with ease. 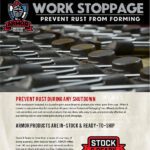 With production stopped, it’s crucial to plan accordingly to protect your metal parts from rust. When it comes to rust prevention for more than 40 years Armor Protective Packaging® has offered a full line of rust prevention and rust removal products that a re clean, safe, easy to use, and extremely effective at preventing rust on your metal parts during a work stoppage.